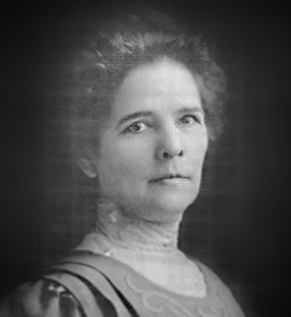 Following God’s plan for her life led Georgia Barnette to New Orleans, Louisiana. It was October of 1901 when she arrived at First Baptist Church in New Orleans to do missionary work. She immediately fell in love with the city, its history, its diversity and its needs. Her work as “church visitor” soon included some work with the women as well.

Contact with the recently organized Woman’s Missionary Union of Louisiana opened her eyes to the needs for Christ and for mission endeavors throughout the state. She was elected to be the first full-time, paid executive director/treasurer of WMU in Louisiana. In this role she engaged women in churches with God’s mission that people might come to know the Savior.

Telling the stories of God at work from south Louisiana to north, from east to west, was important to Miss Georgia. Hundreds of hand-written letters to churches and women’s groups effectively led Louisiana Baptists to pray fervently for state missions. She challenged them to give to state missions. She encouraged their personal involvement. The spirit of giving that she inspired planted a groundwork for the Week of Prayer for State Missions and what is now the Georgia Barnette State Missions Offering. Her example is a model for prayer and giving today.